The Benefits of Glycerin

Glycerin, also called glycerol, is a thick, colorless and odorless liquid derived from fats and oils used in making soap. It’s used in various industries and products, such as antifreeze, sweeteners, dynamite, cosmetics, inks and lubricants. Glycerin is frequently found in skin care products, although there are prescription formulations for specialized health procedures and diseases. Although over-the-counter products containing glycerin are generally safe, prescription glycerin products shouldn’t be used if you have difficulty passing urine or are dehydrated, or have fluid in the lungs or congestive heart failure. 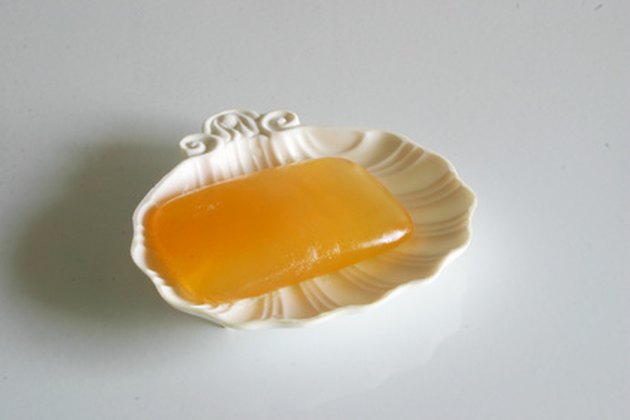 Glycerin is given to patients intravenously to relieve pressure in the brain due to conditions such as stroke, meningitis, encephalitis, Reye’s syndrome and tumors. The treatment has been well studied through the years; a report in the March 1982 Journal of Neurosurgery found glycerol to be effective and safe when used to treat intracranial hypertension, without the dehydrating effects of other methods.

Glycerin suppositories are often prescribed for the short-term treatment of constipation. They work by lubricating and mildly irritating the lining of the intestines, causing the muscles to contract, while pulling water from the intestines into the stool to make it easier for the stools to pass. Side effects from this treatment can include nausea, vomiting, fecal impaction, intestinal obstruction and abdominal pain.

Glycerin has been used since the 1960s as an oral supplement to treat glaucoma and other eye conditions where there is increased pressure. One of the first studies, published in the British Journal of Ophthalmology in 1965, discovered that oral glycerol brought the tension of acute glaucomatous eyes down to normal levels within an hour. Hyper glycemia has been reported after treatment by oral glycerol and it should therefore be used with caution in treating diabetics. Other side effects may include nausea, diarrhea and headaches.

Glycerin is a natural humectant, meaning it easily absorbs water from other sources, particularly useful in treating dry skin. However, when used in its pure form, glycerin can actually increase water loss by attracting water from the lower layers of skin to the surface, where the water is easily be lost into the environment. This is why glycerin and humectants are combined with other ingredients to soften skin,

A study at the Veterans Affairs Medical Center in Albuquerque in 1996 found that glycerol supplements given to athletes prior to exercise prolonged endurance time and lowered heart rates during exercise activity. A separate, earlier study at the University of New Mexico had already established that giving glycerol to athletes in high-heat conditions reduced urine volume and rectal temperature and increased the sweat rate. This led the researchers to conclude that giving athletes glycerol prior to exercise increases hydration within cells, allowing tissues to remain hydrated during prolonged endurance.

The same humectant qualities glycerin possesses may have a therapeutic benefit for skin diseases. Researchers at the Medical College of Georgia showed that glycerol helps skin cells mature properly, allowing the youngest cells to move up from the deepest layer and eventually grow to mature surface cells that emit lipids to protect the skin. The research, published in the December, 2003 issue of The Journal of Investigative Dermatology, concluded that glycerin may be able to help patients with conditions such as psoriasis and non-melanoma skin cancers that result from the abnormal proliferation and maturation of skin cells.