What is the most important use of crude glycerine?

Glycerol / Glycerin is a major byproduct in the biodiesel manufacturing process. In general, for every 100 pounds of biodiesel produced, approximately 10 pounds of crude glycerol are created. As the biodiesel industry is rapidly expanding, a glut of crude glycerol is being created. This glycerol is expensive to purify for use in the food, pharmaceutical, or cosmetics industries, biodiesel producers must seek alternative methods for its disposal. Various methods for disposal and utilization of this crude glycerol have been attempted, including combustion, composting, anaerobic digestion, animal feeds, and thermochemical/biological conversions to value-added products. Businesses and researchers from around the globe are currently engaged in research and development projects, with the primary goal of developing Glycerin / Glycerol economically viable technologies capable of utilizing this overabundant resource.

A newly developed technology in the U.K. allows glycerin to be burned in off-the-shelf diesel generators that are used in combined-heat-and-power applications. According to Paul Day, Aquafuel’s chief executive officer, the technology is now commercially available.

The process uses standard diesel generators, which are altered slightly to run on a new combustion cycle, which is referred to as the McNeil cycle. “The basics of the engine, the fuel injection, the pistons and cylinder are not changed at all,” Day says. Paul Day estimates that 1 ton of glycerin will produce approximately 1.7 megawatt hours of electricity and approximately 2 megawatts of heat. In addition, the process creates few emissions.

An European company is working on a technology to use glycerin in plastics, that would use glycerin as a feedstock to produce plastics. Ireland-based Biobode Ltd. is developing this technology. Historically been difficulty to use glycerin to make plastics because the process created a cross-linked polymer with no significant commercial value. For biological conversions of crude glycerol, the glycerol serves as a feedstock in various fermentation processes. 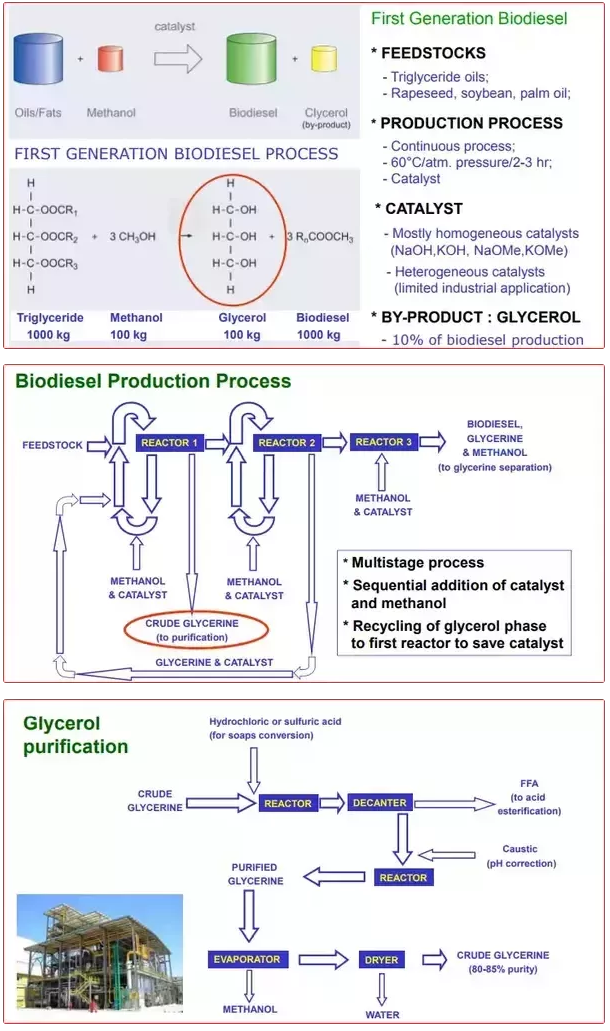